It took nature more than a billion years since the Earth was born to devise a mechanism for trapping Sun’s energy. This made life in the ocean self-sufficient. Then around half a billion years ago, it delegated the responsibility to plants and animals to carry life forward. To uncharted territories. Plants marched towards the land. Animals came along. 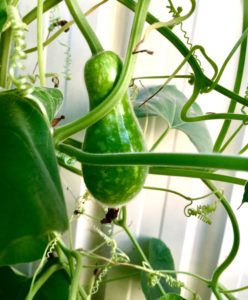 Passing the baton from generation to generation, life kept on conquering territories. There was a big deterrent on land though. In water based plants, male sperms swim to meet the female egg for fertilization. The fertilized egg then needs water to germinate. Water wasn’t as readily available on land as in the ocean. The very core of life’s survival – reproduction – was under threat.

After struggling for another 100 million years, nature invented pollens that carried the male sperms to the female egg using the wind. A neat strategy to overcome dependence on water. Sperms in the pollen and egg fertilize to produce seed which then germinates into a new plant on wet ground.

Now what if there’s not enough wind to carry pollens? Nature looked around and saw insects. They were feeding on pollen-bearing organs with no apparent benefit to the plant. Why not use these freeloaders to carry pollens? But they needed to be tricked into doing so. Thus came about one of the most effective innovations of nature – a rare combination of beauty and utility – flowers. Their colours and fragrance attracted the insects. They found nectar in there which they fed on unaware that the plants quietly loaded pollens onto them while they were busy feeding. This was a huge relief. Plants no longer needed to depend on natural agents – water or wind – to transport sperms to eggs. Reproduction was back on in full swing. 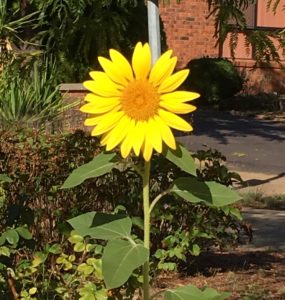 With plants going to far away places via this newfound reproductive strategy, a new challenge surfaced. The seeds that were produced as a result of fertilization still needed water to germinate. How do you carry the seed to wet grounds?

The plants went for the tried-and-tested strategy. They added an enticing structure called fruit around the seed. Again, it was not just a marketing ploy full of colours and fragrance. It did have value proposition too in the form of food. Many birds and mammals fell for it and inadvertently participated in dispersal of seeds.

And then came to this world a bipedal animal with specially modified thumb to easily pick fruits. This gave him advantage over other creatures. He did not however stop at helping the cause of plants by dispersing the seeds. He used the advantageous grip to pick and throw stones and other tools at fellow animals. He then began consuming the seeds on a large scale. Worse, he even invented seedless grapes!