It may seem too obvious to even start wondering about. Still, why do we wake up fresh at sunrise and feel tired by the night in the course of a normal day? Why do soft leaves and flowers open up fully with Sun and wilt down at dusk? Do they follow some sort of clock?

There are processes internal to plants and animals too – in fact many – that work in a near 24 hour cycle. We sleep, wake up, sense the surroundings and feed ourselves as guided by the day night cycle of planet earth. Our heartbeat, blood pressure, renal functions and digestive processes are regulated by the circadian clock. The circadian clock in plants controls processes like leaf movement, growth, photosynthesis, emission of fragrance and germination.

Numerous circadian clocks are at work inside living beings every moment they are alive. For ages we have studied how the circadian rhythm impacts the functioning of various organs and how disruption to the rhythm could lead to health concerns. It’s only in recent decades however that scientists have begun to realize how the circadian clock works at the cell level. American scientists Jeffrey C. Hall, Michael Rosbash and Michael W. Young received the 2017 Nobel Prize for Physiology or Medicine for their pioneering work that began to unravel the cell level intricacies of mechanisms governing the functioning of the circadian rhythm. They used the fruit fly Drosophila as their guinea pig. 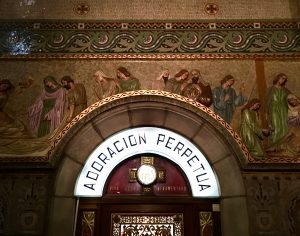 The circadian rhythm at its smallest form operates within individual cells. Clocks operating at various organ levels are called peripheral circadian clocks. Imagine all the peripheral clocks operating independent of each other and the resulting chaos. Don’t worry. Nature is much better at foreseeing and handling problems than us humans. All mammals possess a central circadian pacemaker located at the hypothalamus of the brain. This “master” clock, called suprachiasmatic nucleus (SCN), ensures that all biological processes kick off at proper times. SCN forms the centre of a tightly coupled circadian system in the body.

Besides controlling other circadian clocks in the body, SCN performs an important role of entrainment of the clock in response to day-night cycle the body is exposed to. The jet lag we experience as we travel across time zones is a popular case that demonstrates this phenomenon of entrainment of circadian clock. Jet lag usually expresses itself with symptoms like fatigue, loss of appetite, insomnia and headaches and is usually cured in a few days. It is caused by the body being exposed to a new day-night cycle thus upsetting the circadian clock it was used to. And the cure comes from the clock’s entrainment in the new ambience with time. The retina normally receives light via rods and cones to make us see things. There is a third kind of receptor – photosensitive retinal ganglion cells – which is responsible for training the “master” clock to the light conditions of the ambience.

In order to understand the mechanism of circadian at the cell level, a recap of basics of genetics is helpful. A gene consists of DNA in the sense that words are made of alphabets. Genes reside inside the nucleus of a cell. Genes carry codes for specific purpose that are copied into messenger RNA (mRNA) via a process called transcription. It’s like duplicating the instructions of a blueprint onto a trusted object. The mRNA then crosses the nuclear boundary and hands over the code to ribosomes in the cell cytoplasm where using the instructions in the code protein is synthesised. The process is called translation. Proteins are the substances that make us and our organs grow. Specific genes are responsible for production of specific proteins.

A gene called Period gene causes production of Period protein. Note that Period is just a name given to the protein and the gene that causes it. The levels of both Period mRNA and Period protein are found to fluctuate periodically every ~24 hours in the fruit fly Drosophila. The Period protein level in the cytoplasm indirectly influences the process of transcription via a negative feedback to control the Period mRNA levels which in turn produces less Period protein. Less protein level then kicks off a positive feedback. The entire process of negative and positive feedback runs on a loop. The process of feedback in higher animals is a complex one. But it suffices to say that similar feedback loops work in humans and other living organisms and are responsible for the universal circadian rhythm of life. In photosynthetic cyanobacteria, circadian rhythms have been observed which do not rely on the transcription-translation feedback loop but rather on the redox state of the cell.

Cell cycle determines when a body cell undergoes division. Strong correlation between circadian clock and cell cycle operation has been observed in unicellular organisms such as cyanobacteria. Extrapolation of these results to multicellular organisms in general and to mammals/humans in particular is an area of active research. Many favour that circadian clock has at least “gating” affect on the cell cycle. Some even point to the reverse process of entrainment of circadian clock by the cell cycle processes. In particular, disruption of circadian rhythm because of external factors has been found to promote cancer development and proliferation of cancer cells. Further, forced entrainment of circadian rhythm though meal timing has been found to slow down tumour progression. Intake of caffeine via drinking of coffee – late in the day in particular – has been shown to disrupt the sleep cycle too. The circadian rhythm thus plays a vital role in our well being.